The Perfect Place for Kamron 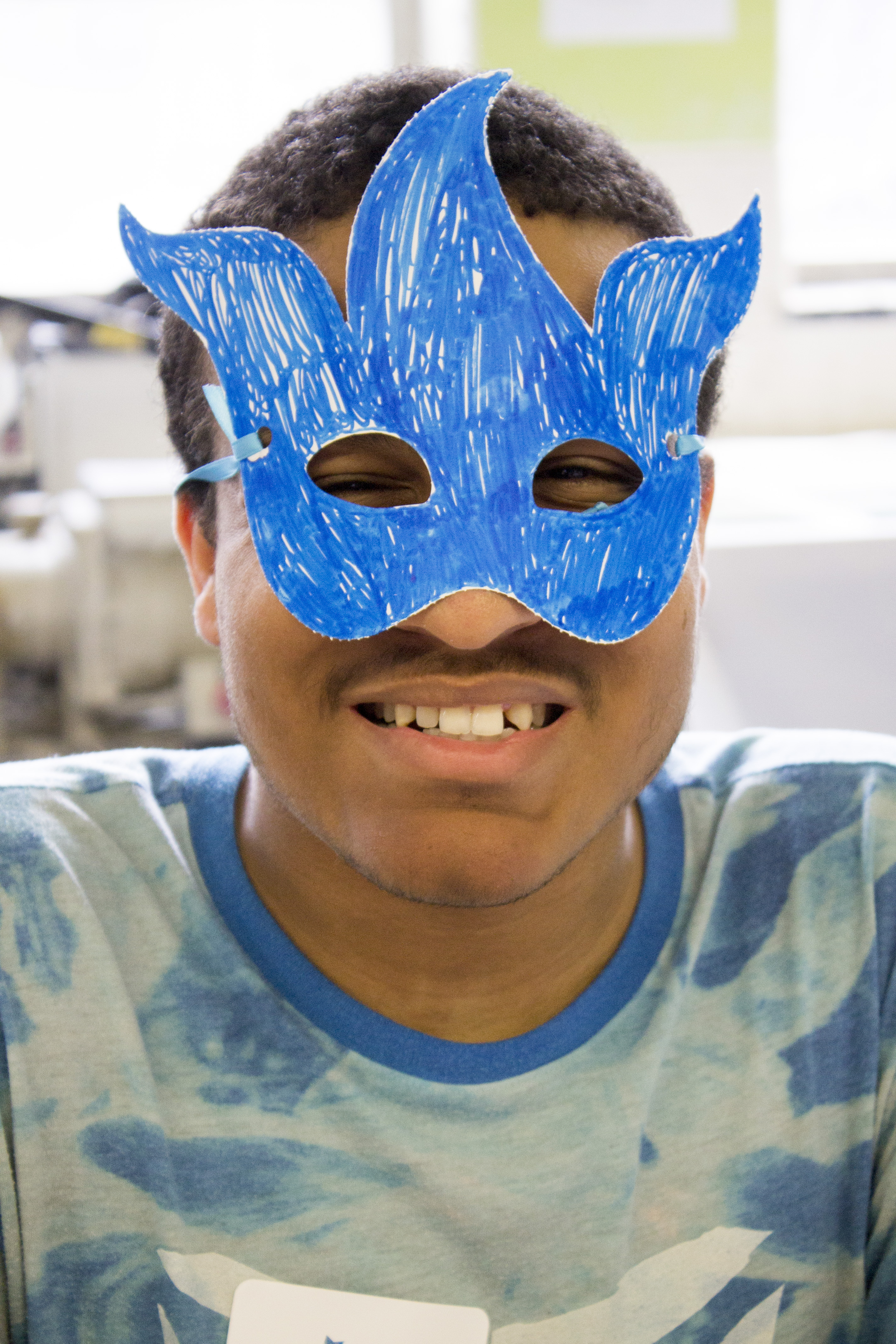 Kamron had reservations about coming to ArtMix at first. Unsure of who he’d meet. Unsure of his environment. Unsure what would be asked of him. But in one year’s time, “Oh my gosh, he LOVES coming here,” expressed his grandmother Kathy Nixon.

“We looked at a lot of different places to take Kamron to get him involved and to learn new things. When we found ArtMix we said, ‘This is it!’ Coming here really helped him with his social skills. He’s a lot more outgoing, more controlled and he’s definitely a lot happier. These are some of the changes we notice about him. He’s all about his friends now, and he calls everybody his friends!”

Teaching Artist David Kleeman also noticed behavioral improvements in Kamron. “The majority of the issues Kamron struggles with are sensory and personal space boundaries,” Kleeman stated. “He is a very kind and sweet person; but initially his anxiety caused disturbances in the classroom. He had difficulty communicating his frustration and agitated state, so I worked with him to develop a better method of communicating his needs. He also enjoys making art, so he looks forward to coming here.”

“I like painting and making things with clay. The teachers are nice and I like to see my friends.” - Kamron

Kamron’s grandmother added, “The instructors are really patient, and they don’t talk down to him. I think that’s a big thing for him. He’s 20 years old, and they talk to him as a 20-year old. Just to be here and doing something that he really loves, which is art, has made all the difference.”